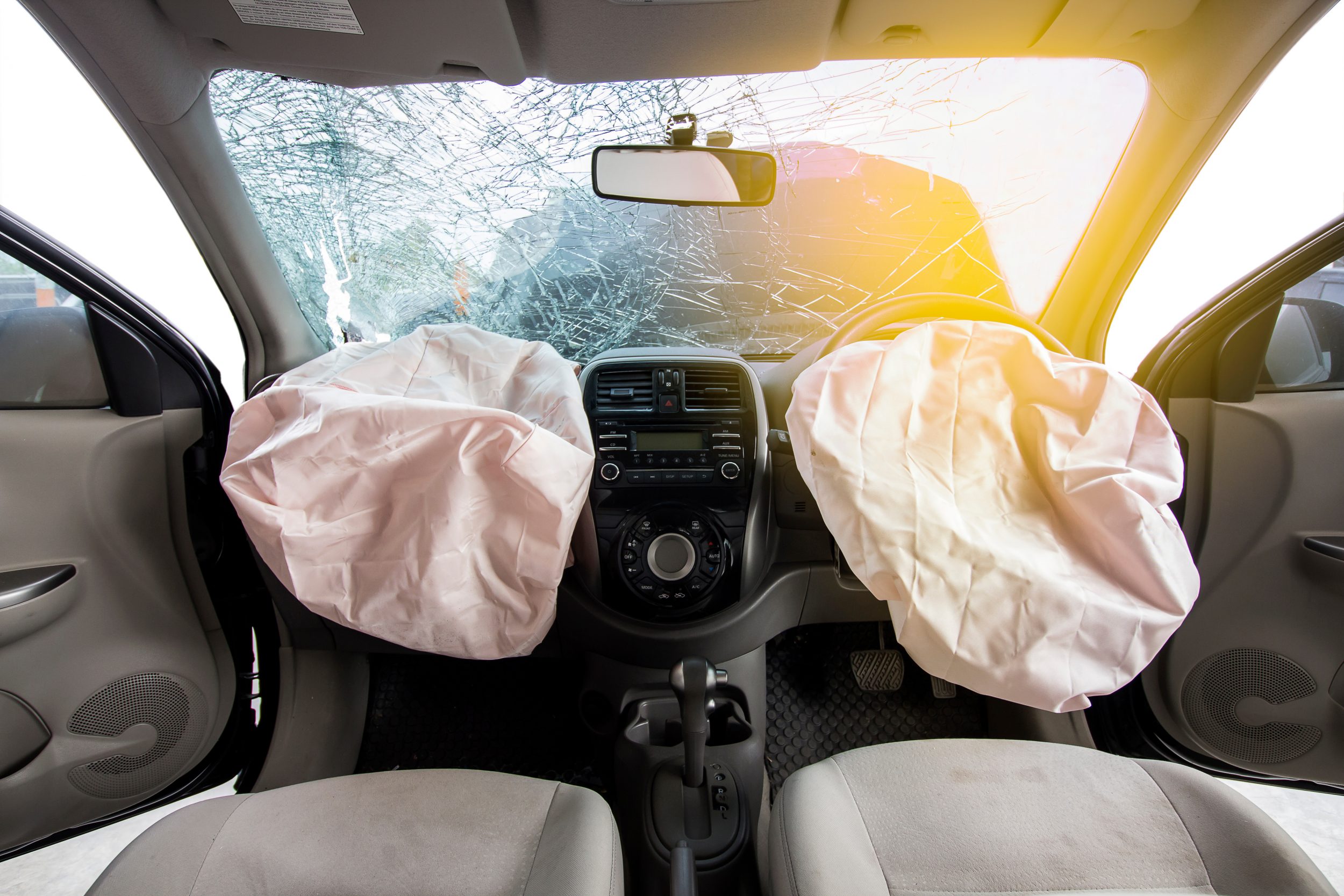 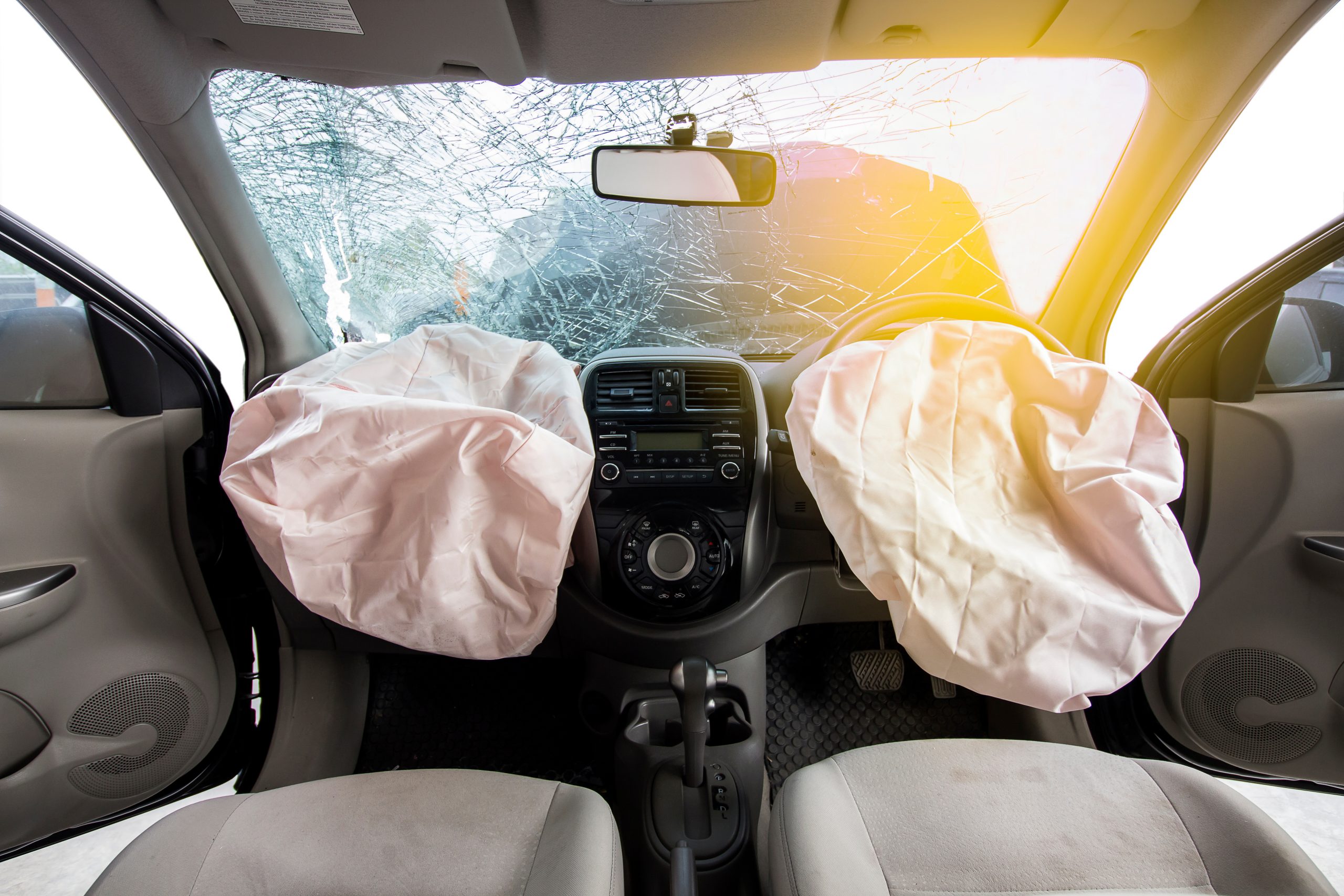 This episode addresses cases where airbags go off and those where there is minor damage to me as a serious injury lawyer.

Good morning, and welcome to ask Andy, this is a daily podcast about personal injury practice in Philadelphia, Pennsylvania. I’m Andrew Neuwirth. This is sponsored by my law firm, Neuwirth Law Office. We are in King of Prussia, but most of my cases are in Philadelphia, so my marketing guy tells me I need to keep saying this is not legal advice. So I think you’ll find this is not legal advice, but it’s kind of a picture into what I do and how I look at things. And, you know, I would guess that I’m kind of representative of how most personal injury lawyers look at things. So I wanted to talk to you today about really why airbag deployment is significant in a case a lot of cases when the case comes in. They are what they are. The case doesn’t change that much over the course of a year or two that it takes to resolve it. Usually there’s a big crash or there’s a small crash, there’s a big injury or there’s a small injury in the airbag cases. You kind of, you know, you know, from the beginning that, you know, you had a big crash. There are a lot of cases where the airbags don’t go off. And you know, there’s reasons for that that are kind of more sensor based or scientific base. But look, airbags don’t go off.

That’s one kind of case, even if it’s a huge crash. Airbags do go off. It’s another kind of case. But the significance is that when your airbags go off, the car is usually destroyed. The person, the driver is usually injured and sometimes the passenger is injured. Sometimes they’re not. If there’s rear passengers, sometimes they’re injured, sometimes they’re not. But the significance is that you’ve got a big crash and a big crash is always going to take care of the fact that someone in a small crash or a little, you know, small property damage claim may not think that the crash was that big. The person who hits you may say, Oh, I was only going five miles an hour, but in the airbag situation, like, no one’s really going to doubt you had a big crash. So that’s kind of what the insurance company is trying to game out early on is like, look, did you have airbag deployment or not? Airbag deployment means there was, you know, a decent amount of speed and impact, and the impact was basically either head on or hit your, you know, driver’s door or something like that. So why does that matter? Well, you know, we handle a fair amount of low impact cases where people are pretty seriously hurt, but it’s harder for a jury to wrap their heads around the idea that you had, you know, twelve hundred dollars in damage to your car.

But you know you’ve got a year of treatment after that or you’ve got back pain that’s not going away. So but in the in the airbag situation, like you kind of took care of that because someone turned left in front of you or someone hit you on the side and your side airbags go off. So that’s kind of the first part is that, you know, we took care of the crash was severe when the airbags go off. Usually, people with airbag deployment have, you know, fractures because there’s so much energy in the crash that you know parts of your body break, whether it’s your arm or your shoulder or your collarbone or your sternum, you know something breaks. If something doesn’t break, you know, it’s less clear what happened. But you know, no one’s really going to think that you weren’t in a big crash. So, you know, my experience is that most cases with airbag deployment are going to get solid offers, you know, valuing the case at, you know what, I think they should be very fairly valued at. So what’s the takeaway? The takeaway is, look, if you have airbag deployment one, you know, you were in a serious crash. Two, everyone else knows you were in a serious crash. Just based on the deployment and the pictures after the fact.

Yeah. So that’s easy enough. Now what’s the flip side of that? The flip side of the easy case is the harder one and the harder one is when there’s a low impact, but a long, lingering injury. Ok. So, you know, let’s say I’ve got plenty of cases where there’s like $1300 in property damage, which is minimal. Maybe someone had to just pop your old bumper off and put a new bumper on. But you know, people have the passengers in the car, have a concussion or they have low back pain that’s not going away. You know, soft tissue injury is what the insurance company says. Oh, it’s soft tissue injury, therefore. doesn’t count for anything. Well, that’s not really fair, and it’s not really true. If you have soft tissue injury that lasts for a year, you know that’s pretty serious, it’s pretty serious to you, it’s pretty serious to me. And it’s a pain in the ass. So, you know, you don’t want to be taking these kind of major pain medications because you have nerve pain from, you know, a little what you thought was a little fender bender. So what do we do with those cases? Well, those cases are cases that are going to be closer. They’re going to go to trial or they’re going to get in a situation where they need to be negotiated because, you know, can you win those cases? Yes.

But you’re fighting an uphill battle a lot of the time because the first impression to a juror is that there’s not much damage. And most jurors will think, oh, not much damage means not much injury or not much impact or not much energy or not much force. Now that’s not actually true based on what we’ve learned over time, trying these cases and talking to experts. You can have a concussion where you don’t actually hit your head on anything. Where just your brain sloshes back and forth inside your skull and causes injury. You know, if you’re wandering around with a preexisting, you know, minor back injury and you’re rear ended from behind and you weren’t expecting it, you know, you can have back pain that just doesn’t go away. Maybe you can’t do your job anymore. Maybe you can’t do things at home. Maybe you can’t enjoy your life anymore just because of this, you know, problem, this back problem you had that wasn’t bothering you. And that’s how a lot of these cases develop now is that person who’s got back pain. Does the client understand or do you understand that you’re going to have more of a fight on your hands? Yeah, of course. People, you know, over the time, over time, people have to understand.

And that’s my job as a lawyer and their job as a client to listen and evaluate what’s going on in the case and what’s going on is you’re going to have a fight on your hands, but that’s OK. That’s my job. I like fighting with people. So, you know, I know I’m going to have a fight, but you know, it’s it’s a question of, do you want to have the fight in court or do you want to have it in a negotiation setting? Do you want to turn down crappy lowball offers or do you want to wait for a good offer? These are all the decisions that go into that now. How do you know if you’re negotiating an airbag case versus negotiating a sort of slow minor impact case? Are you going to take lower money on the minor impact for the same exact injury? Yeah, you are, because your chances of success are lower and it’s going to be a harder row to hoe. It’s a longer trip through the court system with the minor impact cases. But look, they’re legit cases and people are legitimately hurt and doctors believe that their pain and their injury is from the accident. All right, that’s enough for today on kind of the easiest and the hardest of cases. I’m asking Andy. Have a great day. I hold people accountable.