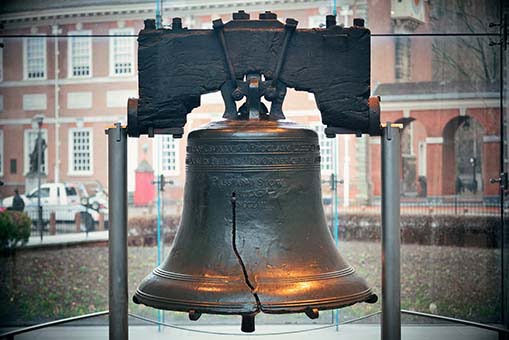 Good morning and welcome to Ask Andy. This is a daily podcast about personal injury practice in Philadelphia, Pennsylvania. I’m Andrew Neuwirth. You can reach me on the Web at Neuwirthlaw.com or by phone at 215-259-3687. So I’m talking today again about suing the city of Philadelphia. There are lots of ways to sue the city, but there is one big sort of bar or thing you need to know about, and that is that traditionally you cannot sue the government, whether it’s state or federal or county, unless they give you permission to do so. So it’s kind of an alien concept to your average person in America, but it comes down to us from old England, I think. And you needed the permission of the king to sue the king. So we have some of that come through in our law. And basically you are allowed to sue the city of Philadelphia only in certain circumstances. And even if you sue them and win, you are limited to a reward or an award of 500,000. And if you sue the state of Pennsylvania, your award is limited to 250,000. That’s just a couple of the little vagaries of the law. But, you know, basically the reason is kind of good and bad. We don’t want people constantly suing the city or the township and wasting their time. But at the same time, there are reasons why we need to sue the city, and there are times when the city should be sued. So the primary exceptions to suing the city of Philadelphia are, if you are injured or something happens as a result of streets or sidewalks.

So potholes, cracks in the sidewalks, all that stuff is is fair game. And the other thing is anything involving motor vehicles being driven by city employees or that are on city business. So what’s you know, what does that mean? What’s not included? So I’ll give you the two examples that are included is you slip and fall on a city building property because of, you know, our city street because of a pothole. You break your ankle, boom, you’ve got a case. And the other one is the city vehicles. Let’s say a big dump truck backs up into your lane of driving and causes a bad car accident. Yes, you can sue the city. And what’s not included in there? Well, what’s not included is something that we deal with a lot, which is, you know, your child goes to a city of Philadelphia school and is injured because the playground has rubber mats that are turned up in the kid trips and falls and breaks an arm. Is that, you know, are you allowed to sue the city for that? The answer is no. How about this city of Philadelphia is your school bus company and they’re driving your child to school. And, you know, the bus driver causes a car accident. Is that covered? Well, because it’s a car accident and the bus was in motion, probably covered. But if let’s say your child trips and falls on the bus while the bus is standing still, that’s probably not covered. That’s a weird wrinkle in the law.

How about this? How about you are walking in city hall and you know, there’s like a big spread of water or water leaking on the ground. Can you see the city if you fall in that water? Yeah, I’m not sure about that. There’s a there’s a long kind of weird set of cases talking about whether the defect was on the property or of the property. So if a defect traditionally is on the property, then you couldn’t sue for it. If a defect was of the property or because of the property, then you could sue for it. What does that mean? All right. So that means if there’s a crack in the sidewalk, that’s the city’s responsibility. If there’s, you know, peanut butter smeared on the sidewalk and you get stuck in trip on that, that’s not the city’s responsibility. So, you know, those are silly examples. But a lot of times what would happen in these on and of property situations is, you know, there would be a huge rainstorm and there’d be water pouring out of the city’s streets down into SEPTA, underground tracks, and people would slip and fall and get seriously injured on waiting on the tracks for septa trains to go out to the suburbs and set. I would say, well, it’s we’re protected by the immunity of the city. And that’s not a defect of the property. It’s a defect on the property. And then they’re not not liable. All right. So that’s kind of the intricacies. You just need a lawyer to analyze whether you have a case.

But, you know, the big ones we see are kids getting hurt at school, kids getting hurt by teachers, sometimes kids getting hurt by other students. You know, you don’t want to sue another student for attacking your child because the other student, you know, if they’re in a city public school, they probably don’t have a lot of money or insurance. You want to sue the city, but you can’t really sue the city for the actions of another student, for the most part, unless there was, you know, some sort of gross negligence. And, you know, gross negligence is a very high burden to pass. You know, from a lawyer’s point of view, I’ve done it in cases. It’s a very hard to do. It’s possible, but it’s a real bar unless the case value is really significant. So, you know, there are terrible stories about children who walk out in front of school buses or the school bus drivers and paying attention and the child is hit and killed by a school bus. You know, is the city responsible in that situation? Yeah, if it’s a city school bus, they will be responsible and you can sue the city. What’s the what’s the downside I’m talking about? The downside is that, you know, this child has lost their life. The family has lost their child, and the damages are capped at 500,000. You know, that case is worth several million dollars, if not more. The family could have some comfort from that and the city would get punished by the verdict.

But in fact, everything is capped at 500. So that’s you know, it’s an annoying part of it. I think one of the other law firms in the city, an inspector tried to have that law updated just to reflect changes in the value of money and the courts have rejected that as an avenue. So, look, you know, as a general rule, I sue the city once or twice a year for potholes and other roadway defects. They are, you know, a professional organization, but the lawyers are terribly overworked and have a huge, huge number of cases. And, you know, I wish the city did a better job of evaluating and settling cases earlier, but I wish that were the case for most insurance companies as well. So nothing I can do about that. The city is certainly a defendant. They’re certainly ripe to be sued. You can sue the Commonwealth as well, but they haven’t even lower cap on damages. So, you know, you don’t want to be you always want to be looking at the city and the state first. Suing the federal government is a whole different can of worms. And there’s actually a whole process you have to go through called the Federal Tort Claims Act. And it’s just another headache and pain. But that’s what, you know, you pay lawyers for is to understand this stuff. So that’s enough for Ask Andy today that’s been suing the city of Philadelphia, something I do on a fairly regular basis with success. And that’s about it. I hope all’s well. I hold people accountable.