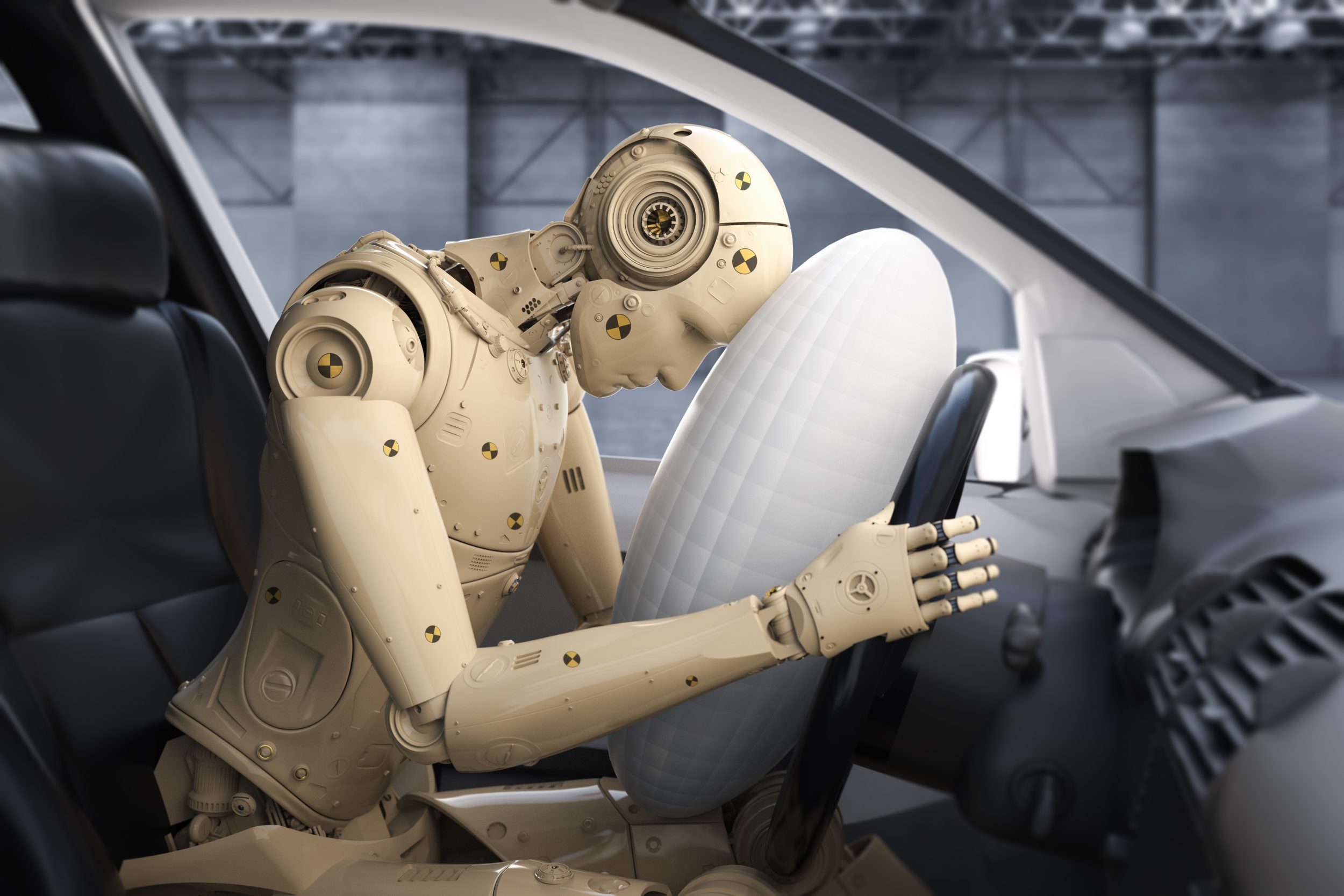 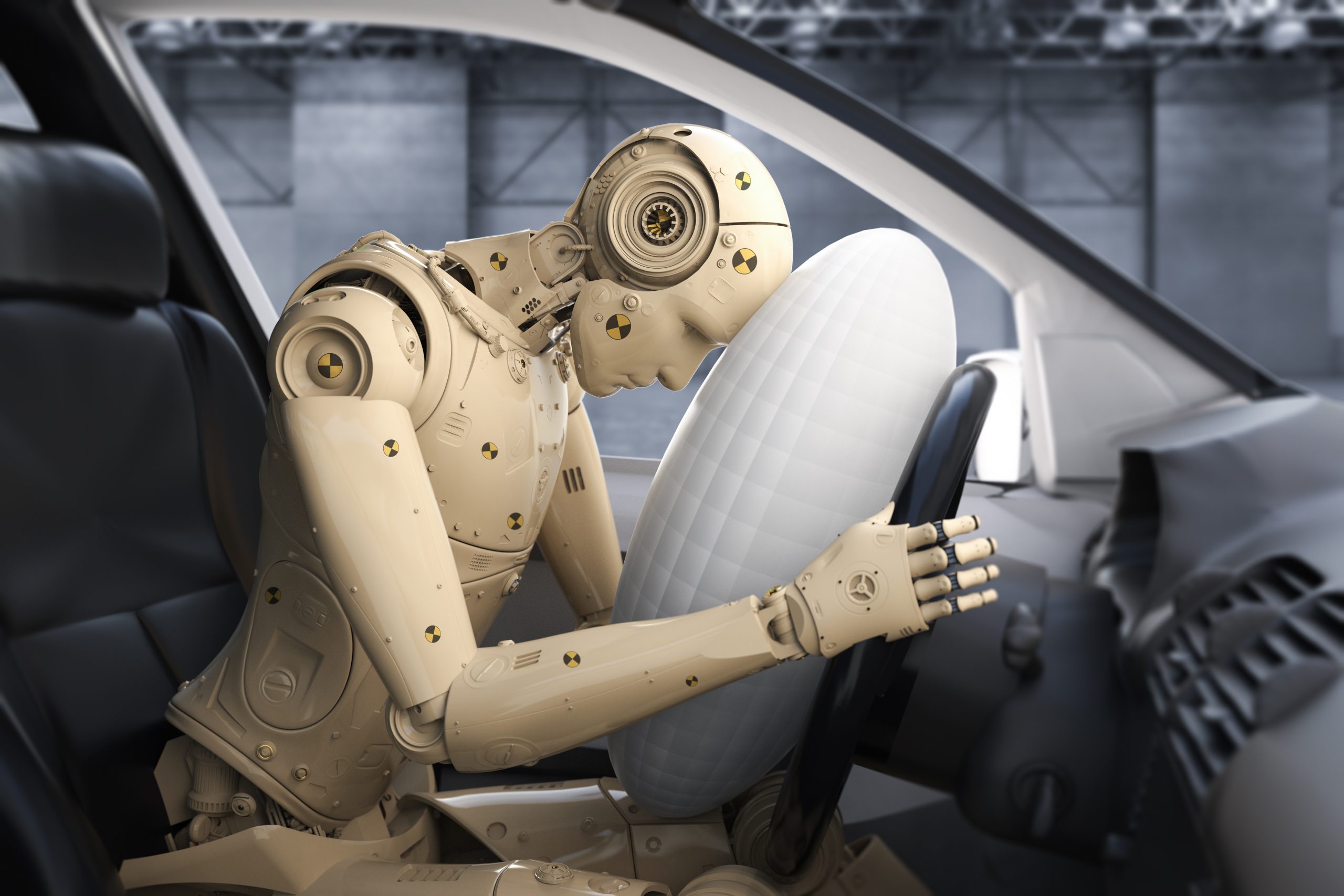 This episode addresses wrist injuries from car accidents and from airbags and how much they are worth to me as a serious injury lawyer.

Good morning, welcome to Ask Andy. This is a daily podcast about personal injury practice in Philadelphia, Pennsylvania. I’m Andrew Neuwirth. You can find me on the web at Neuwirth Law.com. So I wanted to talk to you today about the basics of kind of wrist injuries from car accidents. Now, it doesn’t seem like something you’d normally think about associated with the car accident, but a lot of people come to me with, you know, pretty serious crashes. A lot of times when someone turns left in front of you across your lane of traffic and you’re driving straight. A lot of people seem to end up with wrist injuries. And you know, the question is, well, why does that happen? So I’ve had a couple where people are grabbing the steering wheel to kind of brace themselves and turn away. And in that situation, you can imagine that. You know, the force of the crash comes through your car through your wrists, and either you’re bracing your wrist and so your risk takes more of the impact energy or, you know, you’re braced against the back of the car seat. And there’s really nowhere for the energy to go other than into your wrist, which is kind of more brittle than your shoulder, your elbow or other things like that. So what happens? Well, the past few cases I’ve had with wrist injuries, wrist injuries are a little weird because, you know, people are in a car accident, they’re all banged up.

Maybe their leg hurts, maybe their head hurts. Maybe they’re just shocked and kind of happy to walk away. They go to the E.R. and everything seems fine, and then the wrist doesn’t get better. Why is that? Well, there are lots of like kind of tiny little bones that make up your wrist and hand. It’s like kind of cobblestone if you look at an X-ray of your of your hand and wrist area. So that’s one thing. The other thing is that holding the cobblestones together are a lot of tendons and ligaments, and those ligaments are pretty prone to getting injured in in trauma or in high speed crashes. And high speed doesn’t mean, you know, 100 miles an hour into a wall like a NASCAR driver. The high speed can mean you’re driving thirty five miles an hour and you don’t know someone’s turning in front of you because you can’t see them and you basically drive into their car. So you went from thirty five to zero, you know, in the blink of an eye, if they were carrying five or 10 miles an hour, maybe that’s forty five miles an hour. So, you know, what’s the problem with wrist injury as well? It takes a while for them to be diagnosed because usually there’s just a lot of swelling. So let’s say you have. I had a client once with a TFCL tear. So she had a wrist injury. It wasn’t getting better.

She went back for an x ray. There was nothing fractured. She went back again. They finally diagnosed her with a a torn TFCL ligament. And, you know, she went through some steroid injections. The only real fix for her at her age was surgery, and so she eventually had to have the surgery. I had another lady who came in recently and, you know, at the last second, she saw the accident developing and she put her arms up to kind of block her face. And you know, what happened was that the airbag actually exploded into her wrist and broke her wrist. So. You know, airbags are there to save your life, but not necessarily to save your wrist, and she has a broken bone in her wrist now. And, you know, because that kind of wrist is like a cobblestone, you know, small space swelling causes other problems. Swelling can press our nerves and cause nerve damage. Nerve damage is sometimes permanent, sometimes temporary. But nerve damage is, you know, often things like numbness, tingling or, you know, unexplained pain. It means that pressure is compressing your nerve or there’s swelling, you know, compressing that nerve and that compression of the nerve causes numbness, pain, tingling, et cetera. So. But from my perspective, as a lawyer, those wrist injuries are those are really good cases for the client and for me, because, you know, look, you had an accident, it was serious enough that, you know, the vehicles are going to look pretty destroyed.

And you know, inevitably the person went to the ER and had some complaints about their arm or their wrist or their shoulder. And then, you know, it may take some time to figure it out, but there’s really no question in anyone’s mind about what happened. So, you know, as the lawyer, what do you do in that situation? Well, as soon as you get the fracture diagnosis, I think in just about any of my cases, as soon as I get a diagnosis of fracture, I make a demand for policy limits in a way is that, well, look, you’ve got a car crash that wasn’t your fault. You’ve got a clear injury. That’s a fracture. There’s no point in messing around and delaying and seeing what happens because, you know, you know, the negligence, you know, the damages boom. Make your demand for limits. If you know you’re not making a demand for limits, that may mean that there’s two things going on. One, there may be more serious injuries going on. Two there may be more insurance than you expected. So let’s say you have a broken wrist case or broken wrist after a car accident and there’s one hundred thousand dollars of insurance on the other side. I’m making my demand for policy limits. You know, as soon as I hear that the wrist is broken, I’d usually have to wait for medical records, which takes 30 to 60 days to get these days.

But you know what happens if there’s fifteen thousand dollars of insurance on the other side? You know that that resolution of that case, that settlement, they should tender those limits fairly quickly once they have the medical records. What happens if there’s two hundred and fifty thousand dollars of insurance on the other side? Ok, so you got hit by a Lexus SUV, for example. You know, is your broken wrist case worth two hundred fifty grand? That depends on where you are, how committed your lawyer is to work in the case and how much time you can wait. But certainly, you know, it’s a demand for limits. Whether you actually need to wait for limits or not is a different issue. But you know, you’re going to be making that demand for limits on a fractured, you know, wrist because most times what most people will tell you is that, you know, wrists don’t feel great, especially when you’re over like 50 or so ankles, wrists, things don’t. The small, delicate bones of your body don’t heal as well when you get older. So that’s pretty much wrists and car accidents for the day from the perspective of me as a personal injury lawyer, and I hope you have a great day. Stay safe. And if you need counsel, give me a buzz. Again, this is sponsored by my law firm Neuwirth Law Office. We are a King of Prussia, Pennsylvania, personal injury firm in the suburbs of Philadelphia. Have a great day!