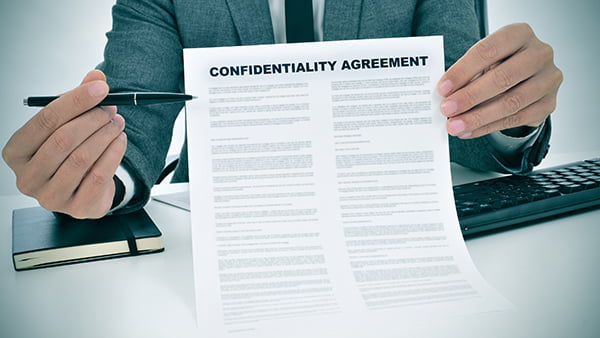 The true target of these clauses is me. Companies like Uber, Home Depot, and most insurance companies will require confidentiality agreements at the end of our cases, because they know that there will be future cases, just due to the nature of their businesses and the number of people they touch. However, they do not want to let me cry victory over the defendant corporation for x dollars for x injury on my social media or website or elsewhere.  Further, they do not want to establish a track record of paying for cases pre-suit or accepting that a slip and fall in their store is worth $100,000. So, the confidentiality clause is really a bulwark against building a profile of how the defendant will react and how much they will pay in a given injury lawsuit.

In personal injury cases, most of our cases are filed in court and so they are public records for most of the case.  Confidentiality is generally pursued at the time of settlement. So, it seems weird to seek confidentiality when most of the case is a public record, but that is how it’s done.  The companies know that there is nothing confidential about the lawsuit or the underlying facts. Therefore, even if they went to court and sought a protective order or confidentiality order, it would not be granted. If the company asks me for a confidentiality agreement, I will usually agree to it as a courtesy. But, if the lawyer has not addressed it previously, their insurer or company may require it as a term of the settlement.  Often, confidentiality is not explicitly a term of the settlement. Rather, cases are settled for a dollar amount and nothing more.  Then, as releases are being exchanged and reviewed, confidentiality crops up in the discussion. Again, I take these on a case by case basis.  As the lawyer for the client, there is very little downside.  The risk is that the client jumps up and down on social media, but I have never seen that happen.  In reality, I have never ever seen a confidentiality provision violated or enforced. I take them seriously and apparently my clients do as well.

Finally, if the settlement is one that is worth reporting on or proclaiming as a significant victory, there is one pretty reliable way to address that.  Let’s say you settle a case for $775,000 and the defendant wants confidentiality so that you don’t proclaim that you beat the pants off of them and their customer was badly injured.  Often, I find that you could come to an agreement with Kohl’s, for example, that instead of a slip and fall with a fracture at a Kohl’s store for $775,000, Kohl’s counsel will likely agree to “fractured leg settled for $700,000 at big box store.”  That is vague enough that it is of no use to anyone other than your marketing.