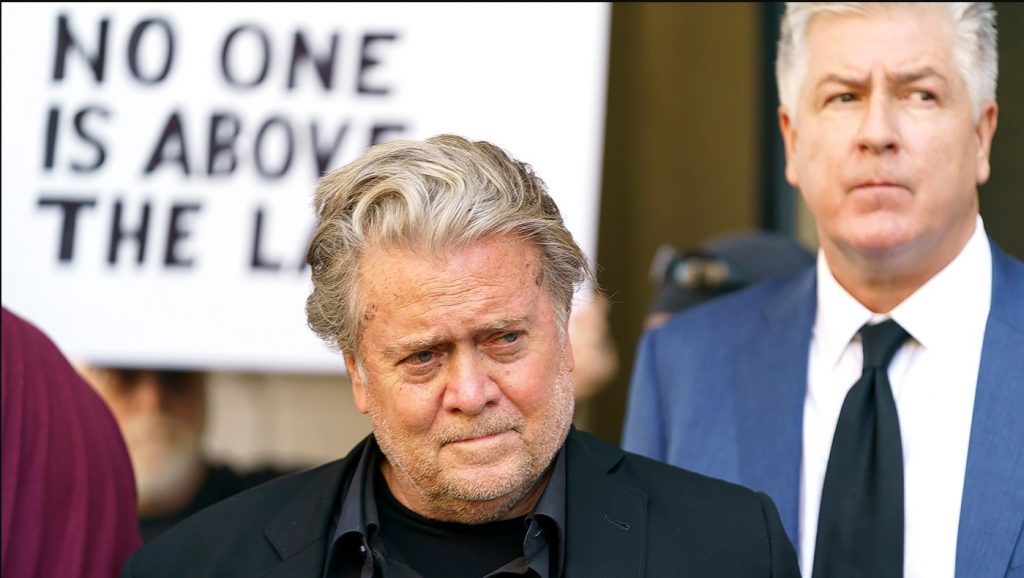 Steve Bannon was convicted of contempt. This is a pretty rare thing in my experience. Most often, contempt charges are used in criminal cases or very unusually in civil or national security cases.  There is an old adage that a person charged with contempt holds the keys to their own jail cell. Contempt findings are usually used to force reporters to reveal sources or mob associates to cooperate with the government once they have a cooperation agreement in place.

Essentially, once you are faced with a contempt hearing, meaning the possibility of contempt charges or findings, most people cave and do what the opposing party wants them to do.  The Court’s role is just to find if you have disregarded or sought to frustrate the normal judicial process.

In civil cases like mine, we usually seek sanctions and not contempt.  Sanctions are a punishment and are sometimes severe.  The most severe sanction is dismissal of your case. Anything short of that is usually negotiable.  Nevertheless, nothing is normal with the Trump circle. Fighting a contempt charge where the facts are clear is plainly stupid. The client here was not planning on winning. I think he is hoping to get a pardon down the road. Trump is known to his lawyers as the worst possible client. I expect that we will eventually hear that Bannon is not paying his lawyers or is unhappy with losing his case. Regardless, it is clearly not how lawyers normally practice and not good client behavior.

The amusing thing about all of the January 6 machinations and Trump world fighting the process is that they are in a very pro-democratic venue that was simply overrun by a group of out of state people with different political beliefs. Now, when it is time to be held accountable, there could not be a worse venue for the out of state Republicans. Except, perhaps Philadelphia.

I expect that contempt trials are few and far between. I have not heard of one, but who knows. The important thing is that someone pursued the case for the simple purpose of showing that the law cannot be undone and should apply to everyone, no matter how close to the President. That much is clear.