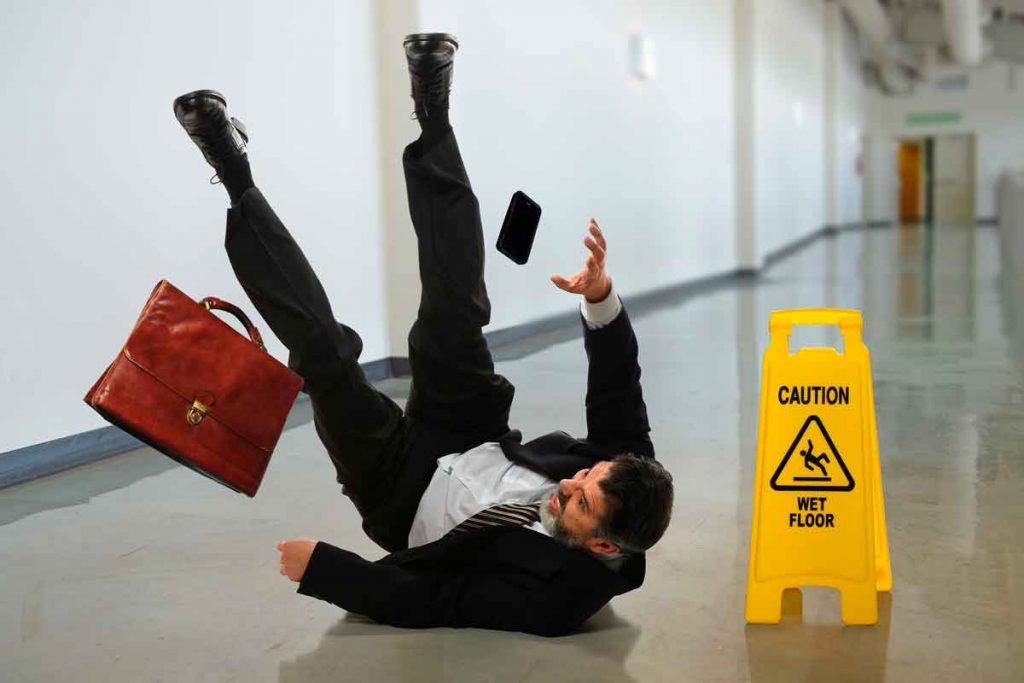 These cases often are the most challenging cases for a personal injury lawyer and client. Why? Well, there is always some allegation that the plaintiff could have avoided the trip and fall or whatever caused their injury. Most of the cases of this type that I handle are falls on black ice, falls caused by uneven sidewalk blocks, and often falls caused by shoddy repairs that are not to code. None of them are complicated fact patterns.

For example, I settled a case last year where a cement sidewalk block was repaired by a landlord and his contractor. In order to set concrete, you need a wood frame supported by metal stakes in which to pour the concrete. In my case, the concrete set, but the rebar and wood frame were never removed. The client caught a foot on the unexpected rebar sticking up and fell breaking her arm. In another, steps at a church were replaced by a contractor who did not follow the building code. The steps were uneven and different height steps are something that our brains do not process well and my client broke her hip. During discovery, the church argued that the steps were never repaired, but holes in the concrete that were repaired showed that the handrail was moved and the case settled after my client testified.

In Philadelphia and most local jurisdictions, the homeowner or property owner next to the sidewalk is responsible for the condition of the sidewalk. My preference is always to sue a corporation or municipality rather than a residential homeowner. Cases against corporations that do not properly maintain their sidewalks, parking lots, and grounds are much more palatable targets for me than a single homeowner who is just trying to get by and may have left their sidewalk in disrepair.

Often, the legal concept of subsequent remedial measures comes into play. This rule is that if a business repairs its sidewalk after my client falls, the repair is not admissible as evidence that the sidewalk was in disrepair. This is because public policy wants the landowner to repair the walkway and not be afraid of how that repair would look in court. The repair is however admissible under certain conditions. For example, the City of Philadelphia often repairs its potholes within a day or two of a major crash, though the pothole has been there for a year or more. I often try to use this as evidence that it only takes a day or two to respond when the City thinks it has legal liability or will get sued, but they waited a year or more despite knowing that there was a problem, but an injury had not yet occurred. Often, the repair is a concession by the landowner that there was a problem, even though it cannot be brought up as such in court.