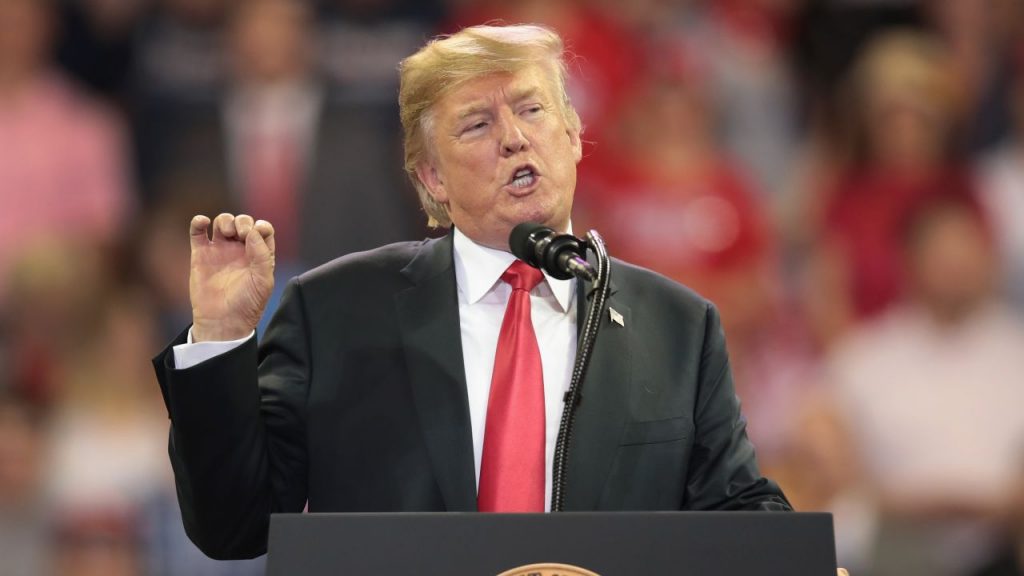 Most likely, he was asked: “Did the Trump Organization provide one value to taxing authorities for Property X and a different value to financial institutions? Answer: I invoke my right not to answer.

Why is this significant in civil law? Well, the general rule is that a Criminal defendant invoking his fifth amendment rights is legally permissible and actually heavily protected. What does that mean in practice? Well, in a criminal trial, a defendant does not have to testify and a jury is told that they are to draw no inference about guilt or innocence from that decision. Even a criminal defendant’s refusal to speak with detectives about a crime is not allowed to be mentioned or discussed in front of a jury for the same reason. You have the right to remain silent.

Trump invoked his fifth amendment rights in the NY civil investigation because his testimony in the current civil investigation is a statement under oath and if he were to admit that there was some improper activity in how properties owned by his business were valued those admissions might result in a finding of civil fraud and a fine or other monetary penalty, but not jail time.  However, those same statements could be used in a criminal case to prove that he is someone who does not tell the truth etc. As a result, he is permitted to take the fifth to protect him from incriminating himself in the criminal cases.

Significantly, in a civil case, the fact that he takes the Fifth Amendment in response to deposition questions CAN be used against him. There is no protection in a civil case. So, when Trump invokes his fifth amendment privilege in the civil fraud investigation, a jury will be told that he refused to answer questions and the prosecutor can ask the jury to find that his refusal to answer was essentially a refusal to cooperate and draw your own inference.  Essentially, it looks an awful lot like an admission of liability in the civil context.  Often, when a civil case results from criminal activity, the defendant must invoke the Fifth in the civil deposition. For example, if you were arrested for DUI following a car crash and the DUI case is ongoing, then in a resulting lawsuit by the other drivers you injured, you must invoke the Fifth Amendment right not to testify so as to avoid admitting guilt in the criminal context.  For example, I would ask the defendant, “Were you driving and intoxicated?” Answer: I refuse to answer on the grounds of my fifth amendment rights.  Now, that invocation can be held against you in the civil case.  I usually will record this testimony on video for playback before a jury if I expect it is coming.  So, in my view, the driver has then admitted liability or cannot dispute liability and all but admitted that he was drunk and caused the crash. The driver is stuck because if he wants to fight the DUI, he cannot answer my question. But, by doing so, he concedes fault. Often, as a result, defense lawyers will ask for a stay of the civil deposition pending outcome of the criminal case and that request is often granted. Once the DUI driver is convicted, then the conviction can be used against them.

Interestingly, a defendant’s guilty plea to a traffic violation cannot be used against them in Pennsylvania civil cases. A guilty plea to a summary offense such as careless driving is generally not admissible in a civil matter. Evidence of a conviction for a traffic violation or a minor misdemeanor is inadmissible in a civil action arising out of the same events. Loughner v. Schmelzer, 218 A.2d 768 (Pa. 1966). 42 Pa.C.S. Section 6142(a) provides: “A plea of guilty or nolo contendere, or a payment of the fine and costs prescribed after any such plea, in any summary proceeding made by any person charged with a violation of Title 75 (relating to vehicles) shall not be admissible as evidence in any civil matter arising out of the same violation or under the same facts or circumstances.” Evidence that a traffic citation was not given to a driver is also inadmissible. Simpson v. Robinson, 361 A.2d 387, 388 (Pa. Super. 1976). However, in Federal Court there is a chance that a civil guilty plea to speeding or improper lane change may be admissible against you in a civil lawsuit. This is news to most lawyers but still quite true.