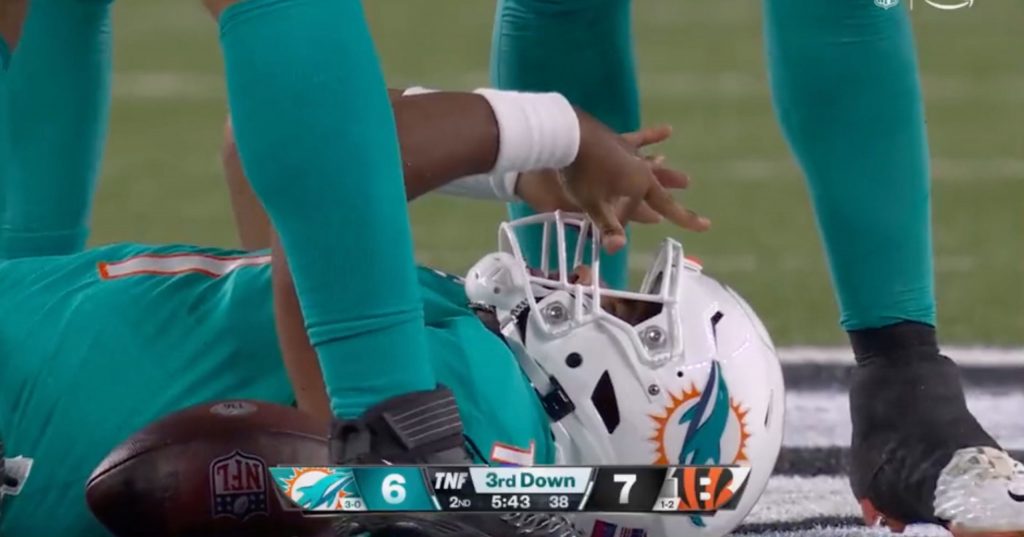 If you were watching the Dolphins game recently and saw Tua Tuagvailoa hit, you saw something that doctors call the fencing response. To my untrained eye, it certainly looked strange and concerning and my first thought was that he had a dislocated finger or fingers. Sadly, this response of flexed and rigid fingers with arm posturing is a sign of a mid-brain injury. The doctor who apparently discovered CTE in athletes suggested that Tua should stop playing football for his own health.

Basically, in my practice, concussions are a routine injury following car accidents. They cross the spectrum from mild to severe. Most doctors and the medical literature will tell you that most concussions resolve after a few months. Mild concussions will have you feeling headaches, ringing in your ears, feeling like you are in a cave compared to your normal functioning, sensitivity to light and loud noise and an inability to function with modern technology like phones, computers etc. More serious concussions can result in something called convergence disorder, in which your eyes don’t focus together resulting in serious problems reading, which is a major component of our daily lives. Vertigo is a similarly debilitating result of concussions from trauma. I have had clients whose lives are irreparably changed by these conditions and their settlements reflect their disabilities.

I had a fairly routine concussion five years ago. I was cycling in Lancaster and I hit gravel approaching a covered bridge. I tried to correct the bike and landed on my helmet. I thought nothing of it and finished the 35-mile ride. When I sat down at my computer the next day, I could not read the words on the screen and went home. It took about two weeks to return to work feeling normal, but my memory was poor in that period. Eventually, I felt like myself after about two months. However, little bumps in the car or other minor shakes of the head still bothered me a bit. I play goalie in a soccer league, which involves a decent amount of getting banged around by people who are bigger than me. I did not play soccer for about six months after the concussion because I simply could not stomach the idea of another shot to the head. So, I got better, but have every sympathy for new clients who call me with concussions after a recent traumatic injury.