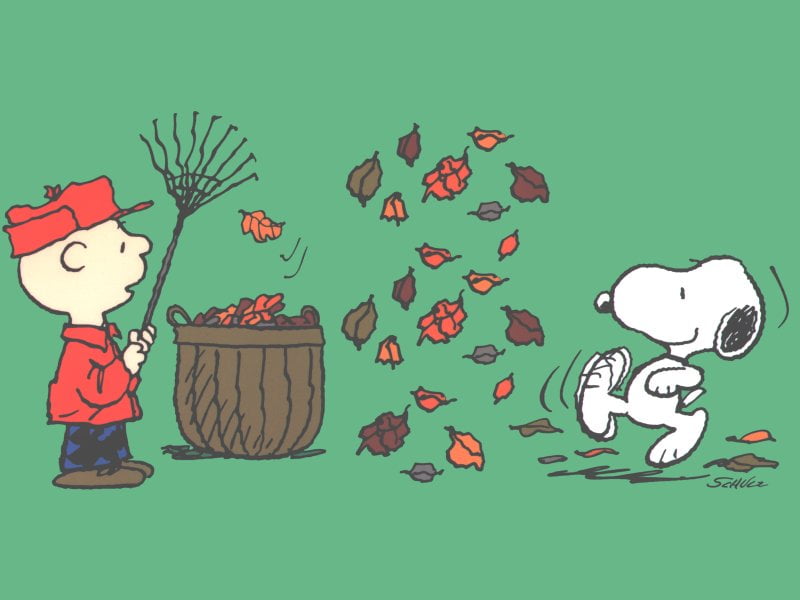 It’s almost slip and fall season again. Also known as “winter”, slip and fall season generates a lot of fractured arms, wrists, ankles, and noses. What does a leaf have to do with all this? Well, if you fall in a hole in the sidewalk, on the street, or trip on a hole due to a missing sewer or water utility line covering, there are several defenses that will be a part of any lawsuit defense.  The defense typically and rightly will raise the issue of whether you were looking where you were going? Lawyers will argue that the defect you fell in was open and obvious. There are multiple ways to deal with this problem. Was the hole actually open and obvious? I have had people call me inquiring about whether they have a case, but when they say that they were watching a video and fell in a hole, I turn them down. On the contrary, what happens if you were walking along and encountered a decent sized hole, but the hole was obscured by leaves? That makes it not open and obvious, right? Yes. As a result, anything obscuring a pedestrian’s vision of a hole or defect is powerful evidence for the plaintiff. There are innumerable other examples of things that obscure open and obvious defects. Shadows and darkness at night obscure most holes and defects unless there is a lamppost overhead. Rain obscures defects when it fills in a hole. Taking immediate photos of holes, defects etc. makes a big difference in these cases. I have had good success when clients photo the ice and snow, or leaves, or rain filled holes. Failing to do this makes a strong case weaker, but not a non-starter. 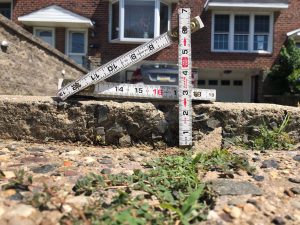 Here’s a photo with a partial doggie and a crumbling sidewalk . A lovely client was walking her dog at night and tripped on this broken up pavement and broke her wrist. The resulting settlement was about $50,000. While open and obvious, darkness prevented proper visibility of this defect.

Who was responsible here? The homeowner and their property insurer is primarily responsible. We often include the City of Philadelphia or other municipality in the lawsuit as they are liable if the homeowner does not have insurance or has insufficient insurance. Want to learn more? People often google sue the city and find me at this page: https://suephilly.com.