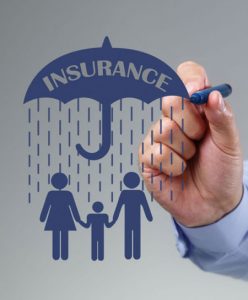 Insurance companies lend you umbrellas when the sun is shining, but want them back the minute it begins to rain.  This quote is sometimes attributed to Mark Twain regarding bankers, but in my view applies equally to my insurance company opponents.  Did your rates plummet when you were not driving during the pandemic?  No, they did not.  Why not?  Because it would hurt the insurers.

In 2019, the Pennsylvania Supreme Court undid an improper insurance exception to insurance laws and the insurance lobby has been seeking to change the law ever since because it would benefit you if you are hurt.  As the Pennsylvania Supreme Court has moved more to the center, multiple cases have made their way to the Court seeking to rectify situations where the insurer is trying to deny its policy holders’ coverage when they are injured.  The household vehicle exception and stacking waivers were ripe for review.  The insurance industry has been rightfully pummeled by the Court, like one of those MMA fighters who is still standing, but just completely bloodied.  Decisions on the household vehicle exception, stacking, and a host of other decisions have allowed policy holders to push back and get some justice.  Insurance companies have fought this every step of the way.

What is stacking and the household vehicle exclusion?  Stacking is when you have two cars and your coverages are doubled.  So, if you had $100,000 in coverage and you owned two cars, that would be $200,000.  Stacking is the default.  To avoid giving you your $200,000 stacked coverage, your insurer needs to obtain a stacking waiver.  Many people unwittingly sign these waivers because they don’t know better.  The waiver really only benefits the insurer because it allows the insurer to pay you only $100,000 instead of $200,000.  The difference to the customer is like $100 a year or so.  Every insurer had inserted an exception to the stacking waiver requirement saying that stacking did not apply to them if your other vehicles were not listed in a single policy.  So, let’s say you had a motorcycle insured by GEICO and a car insured by GEICO on separate policies.  Geico would not have obtained a stacking waiver because it believed that there could not be stacking between two separate policies.  In 2019, the PA Supreme Court disagreed and reiterated the default rule that vehicles have stacked coverage unless there is a waiver.  In Gallagher v. GEICO Indemnity, Co., 650 Pa. 600 (2019) the different policies exclusion (“household exclusion”) was ruled invalid.  Now, if the carrier does not have stacking waivers, your coverages go up.  This is very helpful to injured people and very upsetting to insurers.

As a result, the insurers are lobbying to abolish stacking in all its forms.  Again, see paragraph one above about umbrellas when it is sunny.